A Limited Edition for Orient Express

The first master glassmakers settled in Venice, Italy, in 1291. On the Venetian island of Murano, glassmaking has been passed down since the 10th century. After its heyday in the 16th century, the influence of Murano glassmaking declined before being revived at the end of the 19th century. 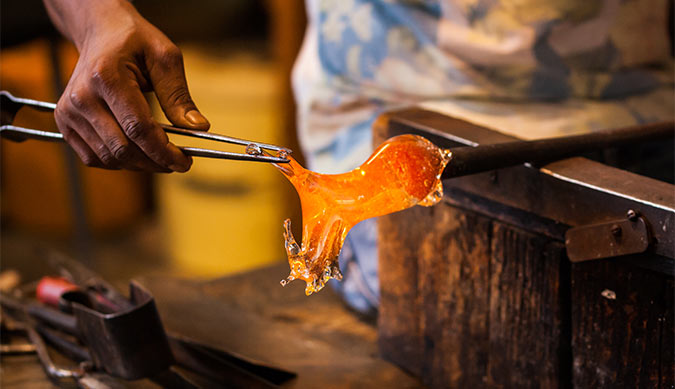 Borosilicate glass features a superior quality, making it resistant to shock. After the glass is heated with a flame and blown, it's characterised by fine stripes.

Entrusted to a decorative painter in Venice, each wine glass is hand-painted in fine gold and adorned with amber and midnight-blue decorations.

The Art Deco-inspired motif adorning each wine glass, a play on transparency and superimposition, was achieved after more than 20 rounds of prototyping.

Anatomy of the Wine Glass

The wine glass, outfitted with a slender stem, is stamped with the seals of two houses—Casarialto and Orient Express.